The Police Investigations & Review Commissioner (PIRC) has put forward a series of proposals to strengthen the independent scrutiny of police actions in Scotland.

Commissioner Kate Frame believes further refinement of the PIRC’s remit and powers is needed to strengthen the organisation’s ability to carry out its role.

In the PIRC’s Strategic Plan 2019-22, which sets out the organisation’s priorities for the next the three years, the Commissioner said:

“These next three years will provide the opportunity to transform the way in which police actions are independently scrutinised in Scotland.

“Our current operating model was established with some degree of haste in the wake of the decision to form a single Police Service of Scotland.

“Experience over the five years since then, has convinced me that further refinement of our remit and powers would be beneficial – a view we shared with the Scottish Government and other stakeholders during our 2016–2019 strategic cycle.”

The Commissioner submitted a number of recommendations to the Scottish Parliament’s Justice Committee last year and has identified a number of areas for reform to the review of the police complaints system, currently being carried out by the Rt. Hon. Dame Elish Angiolini.

The PIRC’s submission to the Justice Committee included proposed legislative amendments to strengthen the organisation’s ability to carry out its two key functions: to investigate serious incidents involving the police and to review how the police handle complaints made about them.

The areas which the Commissioner identifies for potential reform:

“Clearly, each of these factors has the potential to affect the nature and volume of our work. However, at this time it is impossible to predict with any certainty when and to what extent that might be.

“The outcomes of both these pieces of work will shape the future powers and remit of the Scottish model of independent police scrutiny.

“Parliament and public appetite will, of course, determine the pace of any recommended change. Nonetheless, I hope that the change process will begin within the period of this Plan and evolve to meet future public expectation.

“In the meantime, with the public and media becoming ever more aware – and policing bodies more accepting – of our role, I expect the number of investigations and reviews referred to the organisation to rise yet further.”

You can read the report here. 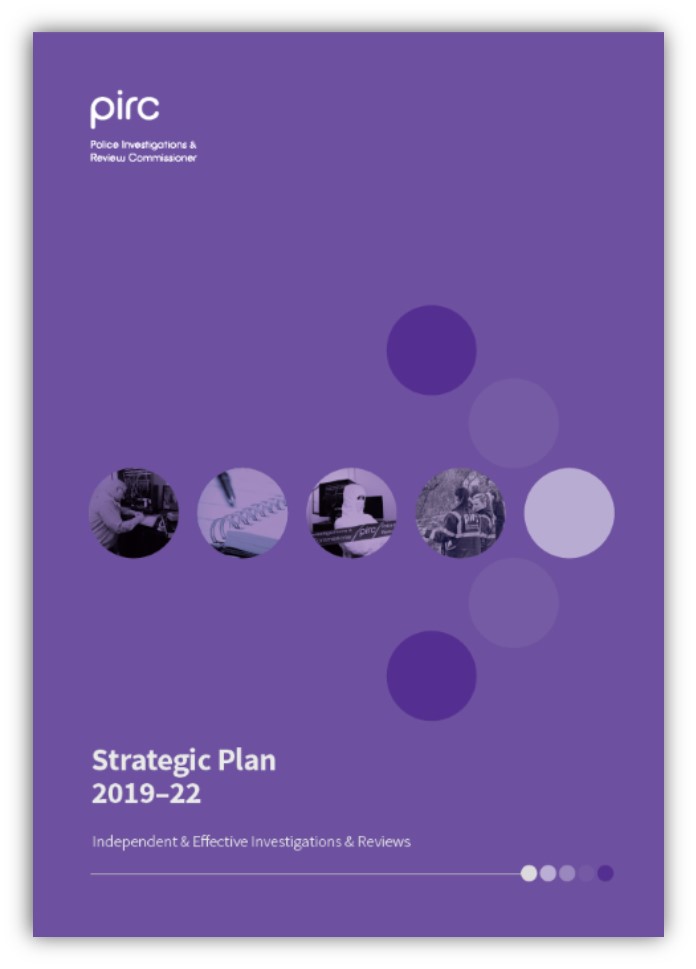